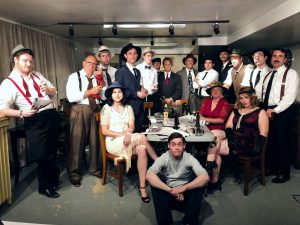 Plot Summary
He only wanted to get married but he was wed to The Front Page.

An irresistible comedy with thrills and derring-do set in the news room. Hildy wants to break away from journalism and go on a belated honeymoon. There is a jailbreak and into Hildy’s hands falls the escapee as hostage. He conceals his prize in a rolltop desk and phones his scoop to his managing editor. Their job is to prevent other reporters and the sheriff from opening the desk and finding their story. Some hoodlums are enlisted to remove the desk, but they get mixed up with a Boy Scout troop and the mayor and a cleaning woman, among others. It’s a whirlwind wrap up with Hildy finally making his breakaway.

The performance runs 2 hours and 15 minutes including a 10 minute intermission. 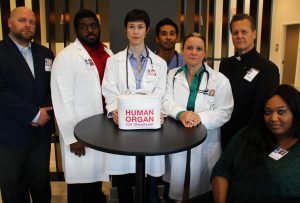 Plot Summary
Medicine, Money, and Morality clash when the Heart Transplant Selection Committee of St. Patrick’s Hospital has only minutes to decide which of three patients will receive a heart that has suddenly become available. A cross between Twelve Angry Men and ER, The God Committee takes us into the inner workings of a transplant program and a decision, for both their candidates and their program, that is a matter of life and death. 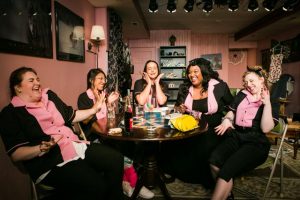 Plot Summary
Unger and Madison are at it again! Florence Unger and Olive Madison, that is, in Neil Simon’s hilarious contemporary comic classic: the female version of The Odd Couple. Instead of the poker party that begins the original version, Ms. Madison has invited the girls over for an evening of Trivial Pursuit. The Pidgeon sisters have been replaced by the two Constanzuela brothers. But the hilarity remains the same.

Love, Loss and What I Wore 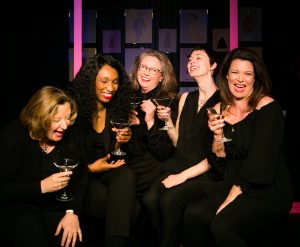 Plot Summary
A play of monologues and ensemble pieces about women, clothes and memory covering all the important subjects—mothers, prom dresses, mothers, buying bras, mothers, hating purses and why we only wear black. Based on the bestselling book by Ilene Beckerman. 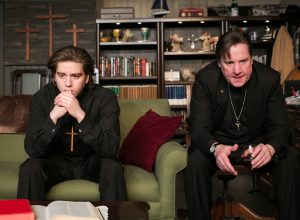 Plot Summary
Father Timothy Farley has always preached about miracles – now he has to perform one.

Father Tim Farley, a lover of the good things in life, is comfortably ensconced as priest of a prosperous Catholic congregation. Without realizing it, he has resorted to flattering his parishioners and entertaining them with sermons that skirt any disturbing issues, in order to protect his Mercedes, his trips abroad and the generous supply of fine wines that grace his table (and his desk drawer). His well-ordered world is disrupted by the arrival of Mark Dolson, an intense and idealistic young seminarian whom Father Farley reluctantly agrees to take under his wing. There is immediate conflict between the two as the younger man challenges the older priest’s sybaritic ways, while Father Farley is appalled by Mark’s confession that he had led a life of bisexual promiscuity before entering the priesthood. In the final essence their confrontation is a touching yet very funny examination of the nature of friendship, courage and the infinite variety of love, as the older man is reminded of the firebrand he once was, and the younger comes to realize that forbearance is as vital to the Christian ethic as righteousness.

Last of the Red Hot Lovers 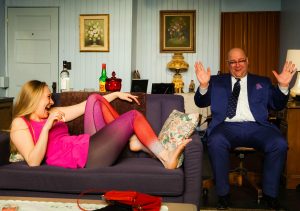 Plot Summary
Middle-aged and married, overworked and overweight, Barney Cashman wants to join the sexual revolution before it’s too late and arranges three seductions: the first, Elaine Navazio proves to be a foul-mouthed bundle of neuroses; Bobbi Michele is next, a 20-ish actress who’s too kooky by half; finally comes September and Jeanette Fisher, a gloomy, depressed housewife who happens to be married to Barney’s best friend.