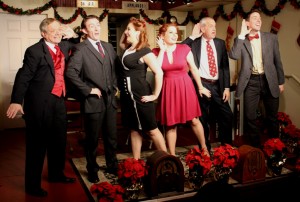 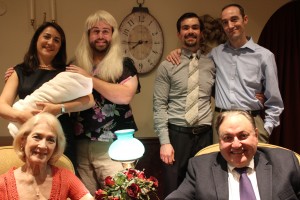 Plot Summary
In the follow-up to the heartwarming farce “Beau Jest,” Sarah’s brother Joel fears telling their parents he’s gay. So once again Bob comes to the rescue, donning an outfit to play Joel’s perfect, if somewhat butch, Jewish girlfriend. 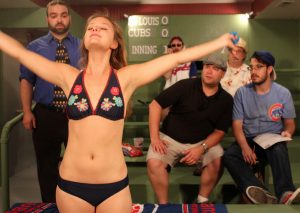 Plot Summary
In the bleachers at Chicago’s Wrigley Field, die hard Cub fans root for their team. The group includes a rabid cheerleader, a blind man who follows the game by transistor radio, a bathing beauty, a nerd, and various other bleacher denizens. As the game proceeds, they bet among themselves on every conceivable event, go out for frosty malts or beers, try to pick up the bathing beauty and, occasionally, watch the game. 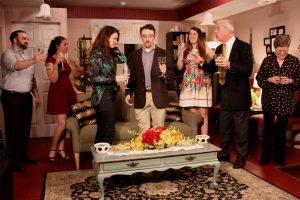 Plot Summary
Maria and Anthony are twins who’ve been damaged by love. Widowed once and divorced twice, Maria longs for a relationship but feels the stigma of a “three-time loser.” Dumped by his fiancé four years earlier, Anthony hasn’t dated since. Each has a lot to say about the other’s love life, but both are floundering in their own—while preparing for the 40th anniversary of their parents’ perfect marriage. 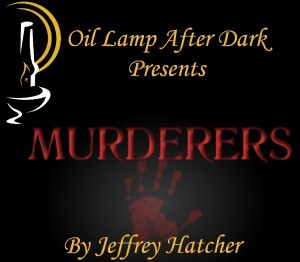 Murderers is one play told in three stories.

THE STORIES:THE MAN WHO MARRIED HIS MOTHER-IN-LAW is Gerald Halverson’s confession of an illicit love and a plan to shelter five million dollars from the IRS.

MARGARET FAYDLE COMES TO TOWN is about Lucy Stickler, the long-suffering wife of Bob, a septuagenarian who used to have a roving eye.

MATCH WITS WITH MINKA LUPINO stars Minka Lupino, Riddle Key’s ever-sunny, ever-helpful receptionist. Minka is a fan of crime novels who becomes an avenging angel on a mission to rid the retirement community of its predators. 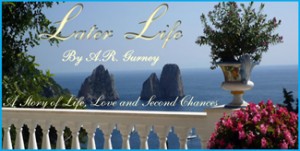 Actors:
Claudia Garrison as Other Women
Ed Kuffert as Other Men
Henry Odum as Austin
Julie Partyka as Ruth

Plot Summary
Austin has spent his entire life convinced that something terrible is bound to happen to him. One night, at a party, he has the pleasure of rekindling a romance begun almost thirty years ago with Ruth. Comically, and sometimes painfully, these two people rediscover each other and themselves while a bevy of free-spirited other guests rally behind them and remind them of the infinite possibilities that life holds, should one only choose to pursue them.

Lone Star and Laundry and Bourbon 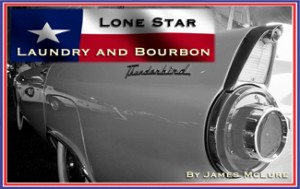 Plot Summary
In Lone Star, heavy-drinking Vietnam veteran Roy offers his unique perspective on the world, mostly to his naïve younger brother Ray As he waxes philosophical and shares stories from the war, he reveals a sensitive soul that is unmoored after his stint on the battlefield and struggling to re-acclimate to life in his small Texas hometown.

Laundry and Bourbon offers us the world from Elizabeth’s (Roy’s wife) perspective. The play takes place as Roy’s wife  is folding laundry and sipping bourbon and Cokes with her friend Hattie  As the two of them engage in idle gossip, the turmoil of Elizabeth’s troubled marriage to Roy is slowly uncovered. They are joined by Amy Lee who self-righteously reveals that Roy has been spotted around town with another woman. As the plot continues to twist and turn, we see Elizabeth’s true nature and the true nature of her relationship with Roy. 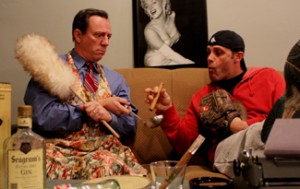 Plot Summary
The Odd Couple is a madcap comedy that tells the story of two hilariously mismatched roommates.  Felix Ungar is a fastidious and hyper-critical man who, in the midst of a dissolving marriage, finds himself living with his longtime friend Oscar Madison, a carefree slob.  The two struggle to reconcile their different lifestyles and hilarity ensues.  The madness is witnessed by their poker buddies, and the Pigeon Sisters,  their upstairs neighbors. As the tension builds, their friendship begins to suffer, and could even crumble completely.  Will they be able to put aside their differences and learn to compromise, or will they part ways forever?