“When it comes to marriage, fourth time’s the charm!” 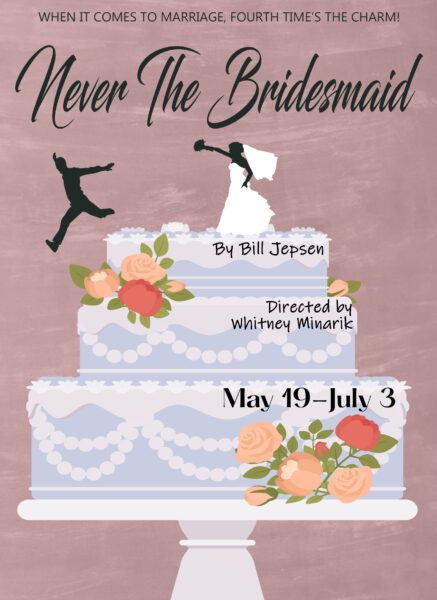 Maria and Anthony are a pair of adult twins whose happily-married parents Elmer and Doris are about to celebrate their 40th wedding anniversary. Unfortunately, these young adults haven’t shared their parent’s good fortune in life or in love. In fact, they’re both living back at home and their romantic lives have been a bit of a disaster.

Maria has been divorced twice and widowed once. She’s lonely and longs for a loving relationship, but can’t quite get past the idea that she’s a “loser” in love who will never live up to what she sees as her parents’ ideal marriage. But into her world comes Brian, a family friend from childhood who was the best man at her first wedding. Brian has returned home to Chicago and makes a point of reconnecting with his old friend Maria. Could he possibly…?

Meanwhile, Maria’s brother Anthony is a literary scholar who has his own problems. He was dumped by his fiancé four years earlier and now he’s so gun-shy and cautious with women that he’s hardly dated since. Perhaps Maria’s close friend Kathleen, a career-oriented young professional, can weave her way into his life in unexpected ways. Might she uncover something special?