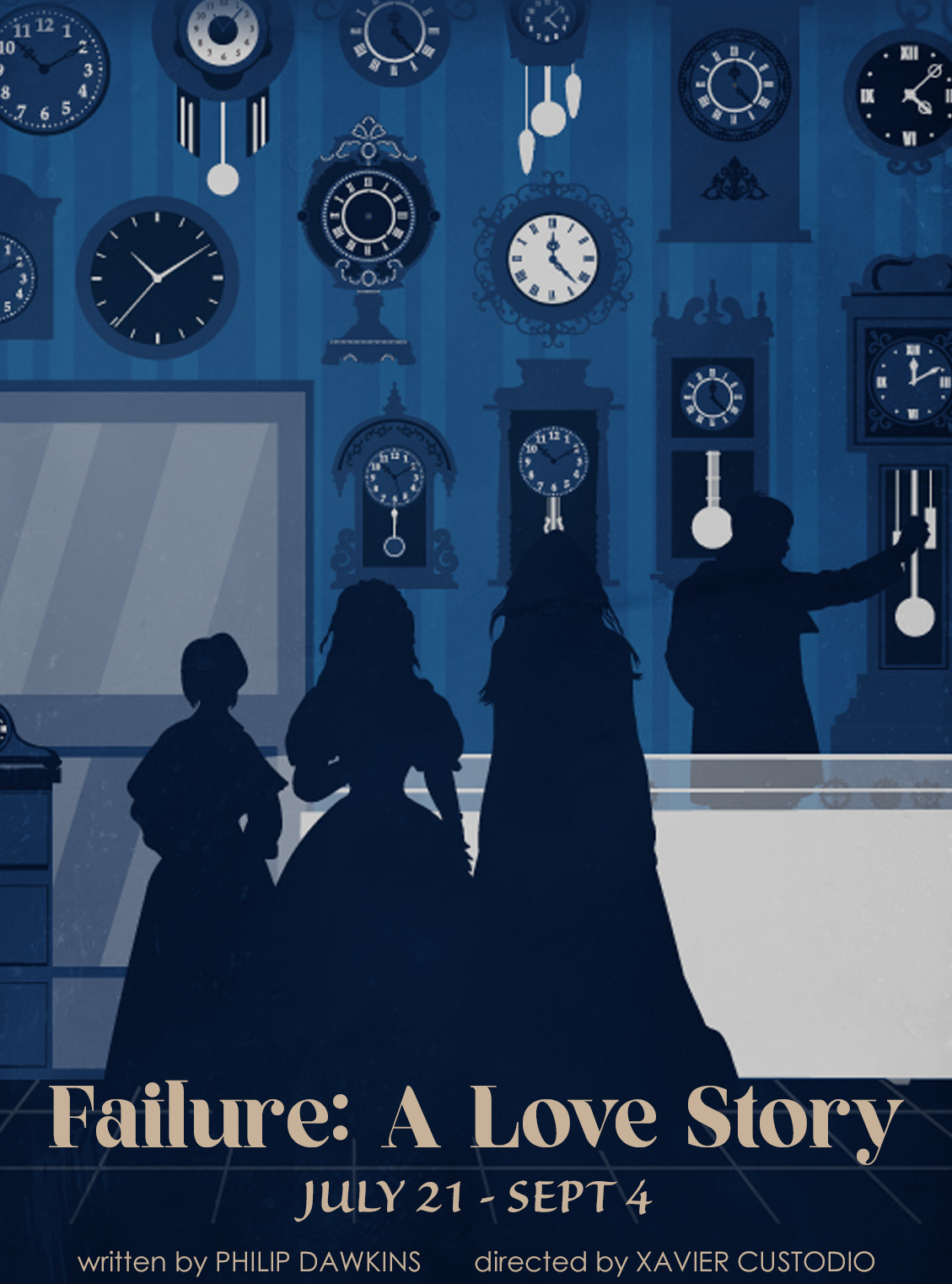 You can either be a grump about death, or you can live, love, and sing some catchy songs along the way.

The year is 1928 and we meet the Fail sisters: Nelly, Jenny June, and Gerty. Born in that order. The sisters were bubbly, determined, and brittle. Also in that order. Set in the family home and clock shop near the Chicago River, this magical, musical fable follows the Fail sisters’ triumphs and tragedies. As with so many things in life such as blunt objects, disappearances and consumption, the Fail sisters never saw death coming. Happily ever after can’t last forever. But in this upbeat look at life’s ups and downs, we learn you can either be a grump about death, or you can live, love, and sing some songs along the way.

ABOUT THE DIRECTOR
Xavier Custodio is one of the Co-Founders and Artistic Director of Visión Latino Theatre Company. He feels honored to be directing Failure: A Love Story, and getting the opportunity to work with Oil Lamp Theater to bring this fun story to life. Xavier’s directing credits includes: Y Tu Abuela, Where is She?, Baskerville: A Sherklock Holmes Mystery, Stories of Us, Fame, In The Heights, Yellow Eyes, Revolt, and Parachute Man (Assistant Director). He has been in the following productions: The Scarecrow (Minster Dodge), Rent (Benny), Godspell (John the Baptist), Man of La Mancha (Juan), Nine Lives: A Musical Web Series (BFPS Manger), Evita, Ragtime, and The Wiz.